The announced release of the latest HARVEY configuration software is now available with the HYPERMATRIX® feature since June 2019.

DPECIALISTS, provider of development services and products for digital audio signal processing, is focussing on the further development and expansion of the HARVEY® product family with new features and components for 2019. This includes the new version of the configuration software with HYPERMATRIX® functionality. HYPERMATRIX® was presented for the first time at ISE 2019 in Amsterdam at the beginning of the year and is now available with the latest release.

HYPERMATRIX® makes it possible to configure several HARVEY devices as if they were a single device. The simple implementation of large projects from numerous HARVEY systems is now given. Several HARVEYs can be installed centrally in a 19-inch rack or distributed over a large area. All previously known features and functions are maintained. HYPERMATRIX projects are created and edited in a known and intuitive way with HARVEY Composer. Selecting "Hypermatrix" as project type in the cockpit, the new page "Hypermatrix Device Setup" appears. Different devices can be added to the project. As before by single device projects, all inputs and outputs of these devices can be placed as blocks on the worksheet. The new block coloring and mouseover notes support the user and ensure clarity. This makes it clear how the project is distributed to the individual devices.

The main advantages of HARVEY®, in addition to its simple configuration and ability to control media devices and lighting, are the control of audio in first-class audio quality. HYPERMATRIX® always ensures simple configuration and correct latency control on all channels. Dante is used in the background, whereby Dante interfaces are automatically configured via HYPERMATRIX.

HYPERMATRIX projects are first conveniently created via HARVEY Composer. For installation of projects of several HARVEY devices a network connection with only one HARVEY selected as master is sufficient. This HARVEY takes over the distribution of the project to all other devices involved. All parameters and preset controls are shared between the devices. This is an important function if the HYPERMATRIX® is to be operated via external media controls or a web interface.

The latest software release of the HARVEY Composer with the new functionality HYPERMATRIX ®, the new variant HARVEY-AMP and the Sidekick HARVEY Remote Control RC4 is available from June 2019. 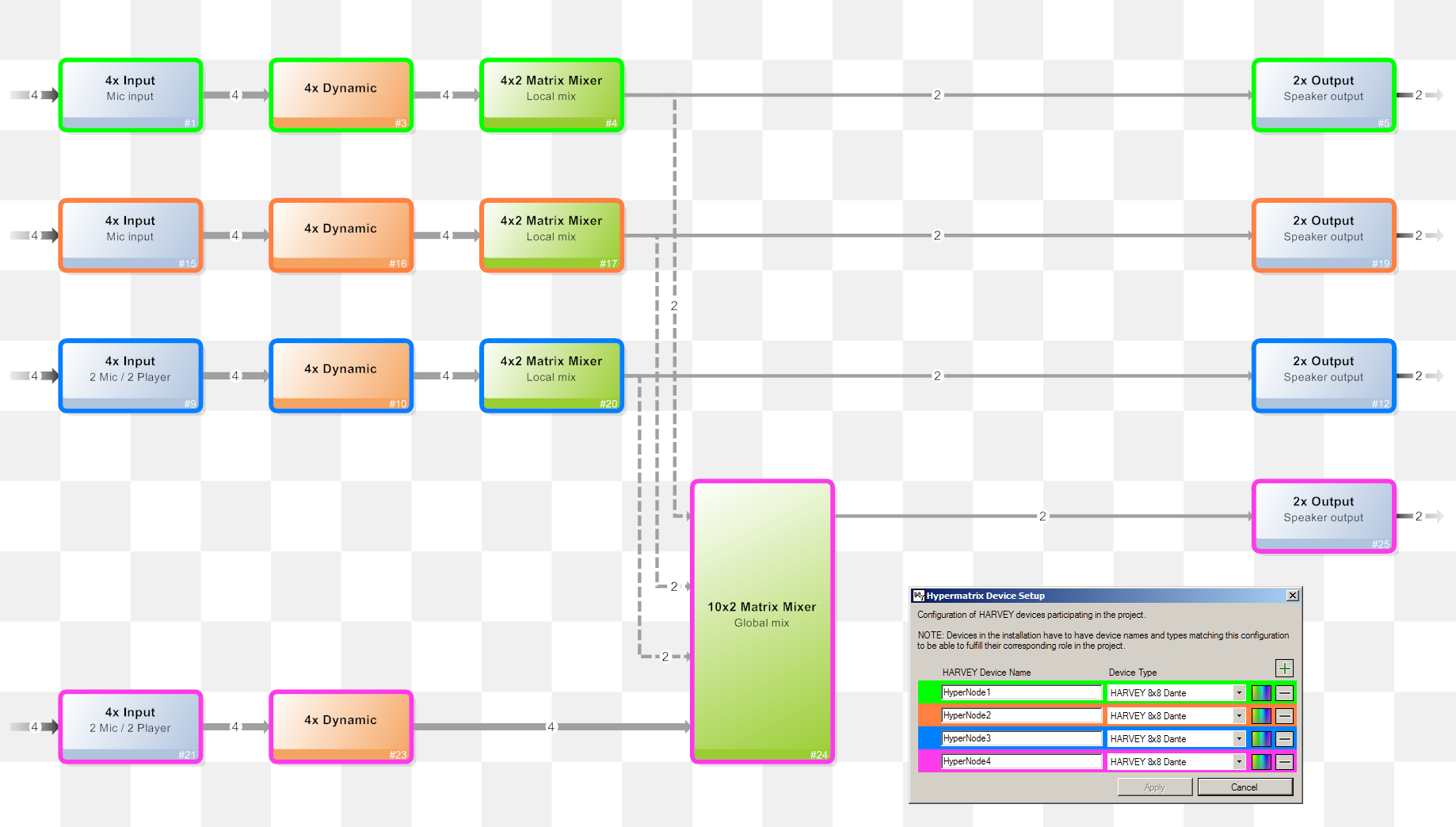