With the HARVEY Remote RC4, DSPECIALISTS offers the perfect remote control as a successful sidekick to complement the new generation of HARVEY audio and media control matrix. The freely programmable HARVEY RC4 remote control is Ethernet-based and designed for wall mounting. As with the HARVEY concept in general, integrating the RC4 into a project is also very easy. Installation and programming is done in a few steps via HARVEY Composer-Software. After the introduction of the RC4-EU in plastic housing for 60mm flush-mounted sockets for the European market, the counterpart for American switch ranges with noble metal surface RC4-US is now also available. Both versions have 4 push-buttons, LEDs and a rotary button. All RC4 LEDs and buttons can be individually adjusted in color and brightness. RC4 is suitable for controlling presets, audio levels or DMX lamps.

Wherever there is a choice between several audio sources or where changing acoustic scenarios have to be created, the Remote RC4 receives the commands and HARVEY executes them in the background. The different scenarios are first created as presets via the HARVEY Composer, and then called by the Remote RC4 during operation. All LEDs of the Remote RC4 can be programmed in color and brightness, which allows an individual design in every installation. The keys can optionally be labeled with symbols, numbers or text. This means that the function can be optically captured immediately which ensures an elegant and error-free operation. You can switch between different scenarios at the push of a button. This can be the change between a lecture and a film. HARVEY automatically adjusts the audio routing, playback levels and lighting control to the scene. All necessary changes to the connected lighting and media equipment are automatically triggered by HARVEY, simply by pressing a button on the Remote RC4. Public buildings such as theatres, museums or churches are predestined for the use of HARVEY with Remote RC4, as are hotel facilities or conference and training rooms. 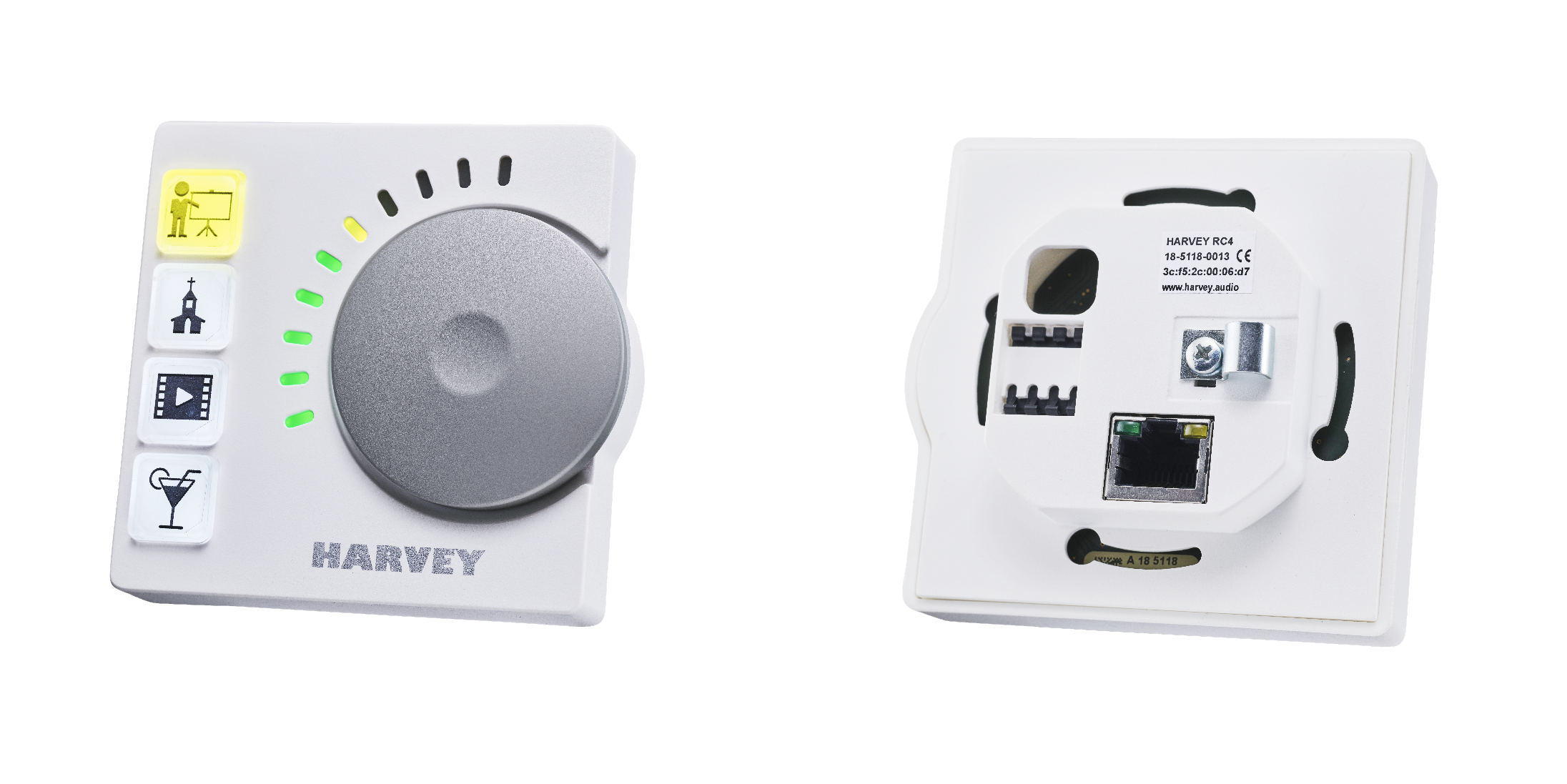 The latest software release of the HARVEY Composer with the new functionality HYPERMATRIX ©, the new variant HARVEY-AMP and the Sidekick HARVEY Remote Control RC4 is available from June 2019.

North America's largest and most exciting event for the Pro-AV industry, InfoComm will take place from 12 to 14 June 2019 in Orlando, Florida. HARVEY RC4, HYPERMTRIX © and the new HARVEY-AMP variant can be experienced live at booth 7373 of A.C. ProMedia.